For the 2022 season, the Hurricane Junior Golf Tour is partnering with Sqairz to host the third annual Junior Long Drive (JLD) Championship. This competition will allow juniorstest their Long Drive skills against the top competition in the U.S. throughout the year, where they have the chance to qualify to play “Under the Lights” on December 2nd, 2022 in Orlando FL. Each Junior that participates will receive Sta-Put laces, and cushioned compression socks.

There will be over 150 chances to qualify at multiple locations from February to November. Each of the qualifying rounds will be held on Saturdays following round 1 of the HJGT junior golf tournament on the driving range. Each player will have 2 minutes to hit 3 balls. The Junior who places first in their own division will be invited to play in the semifinals at 4 PM on December 2nd, 2022 during National Championship Weekend.

The Junior who places first in each division per event will receive an invitation to play in the semifinals on December 2nd, 2022.

The semi finals will be held at 4 PM at the Orange County National Golf Course on December 2nd, 2022, during National Championship Weekend. The semifinals will consist of players from each division to compete to see who has the longest drive. The Top 32 players from each division will make it to the Sqairz Junior Long Drive National Championship 'Under The Lights'. Seeding will be based on longest drive hit during the semifinals. 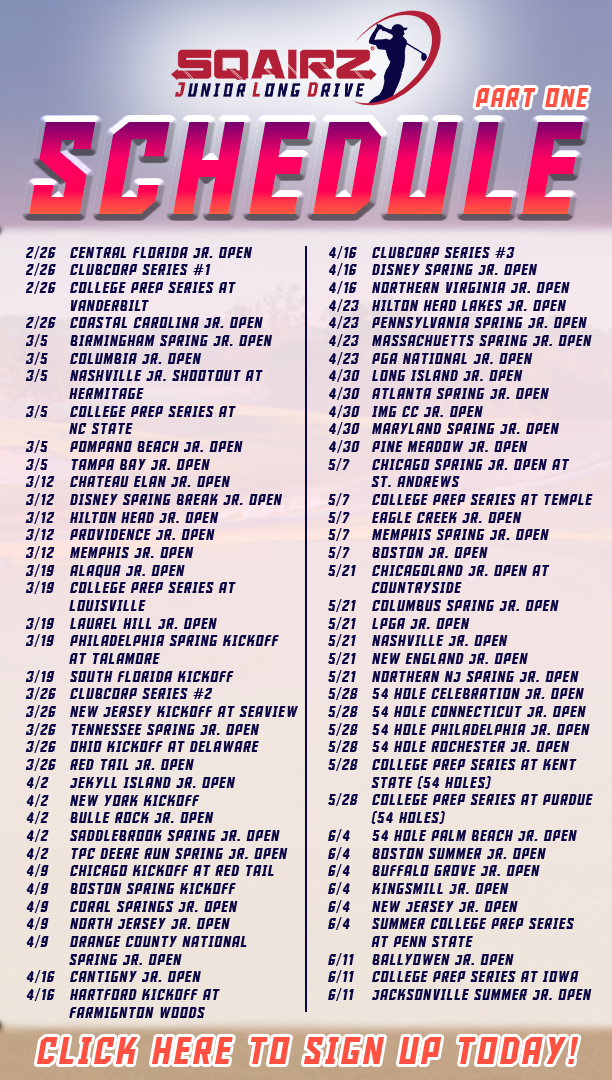 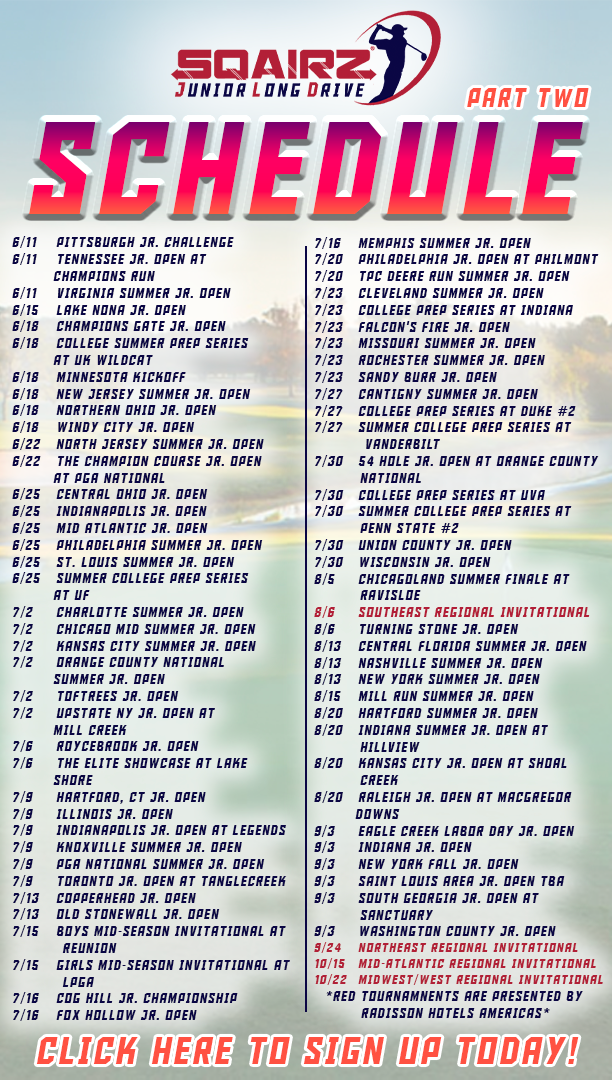 Major Championship at the Medalist at Avalon

College Prep Series at the University of Kentucky