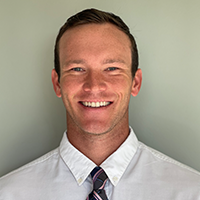 Noah Purvis is in his first season as the Hurricane Junior Golf Tour Director. He came to the tour after earning his degree in Business Administration in Management from Saint Leo University. In his first year, he was a part of the 2016 National Championship Team earning the first National Championship in school history. In the spring of 2020, he was a part of the Lions program that was ranked among the top 20 at the NCAA Division II level before the 2019-20 campaign ended early due to the coronavirus (COVID-19) pandemic. He was twice named to the university’s President’s Club list while also making the Sunshine State Conference Commissioner’s Honor Roll as a senior. While in college, Noah built a artificial intelligence system which reads through in-game golf data to produce results that assist players in practice dynamics and scheduling. It has been used collegiately at the Division 1 and 2 level, and also by touring professionals.
‍

Noah competed at Mississippi College during the 2016-17 and ’17-18 seasons, participating in a total of 14 events for the Choctaws and holds school records for the program history. As a sophomore, he recorded five rounds at or below par — highlighted by two scores in the 60s — and won the 2017 MC Spring Invitational with a 4-under-par total while also placing in the top 20 at the Gulf South Conference Championship.
‍

Originally from Katy, Texas, Purvis was part of a team at Seven Lakes High School that set school 18- and 36-hole scoring records during the 2015 season. He competed on the HJGT Tour in the ‘14-15 season and is a product of the tour producing the ability for a player to get recruited and obtain a college scholarship.