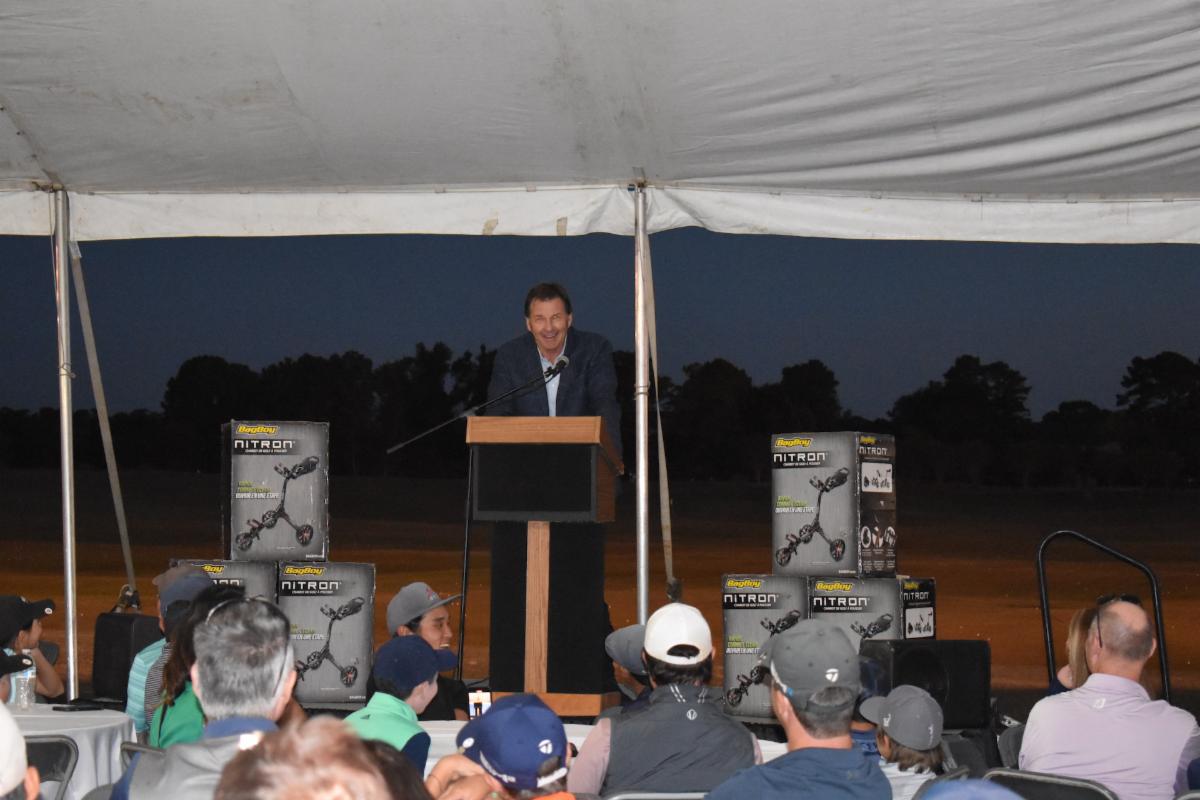 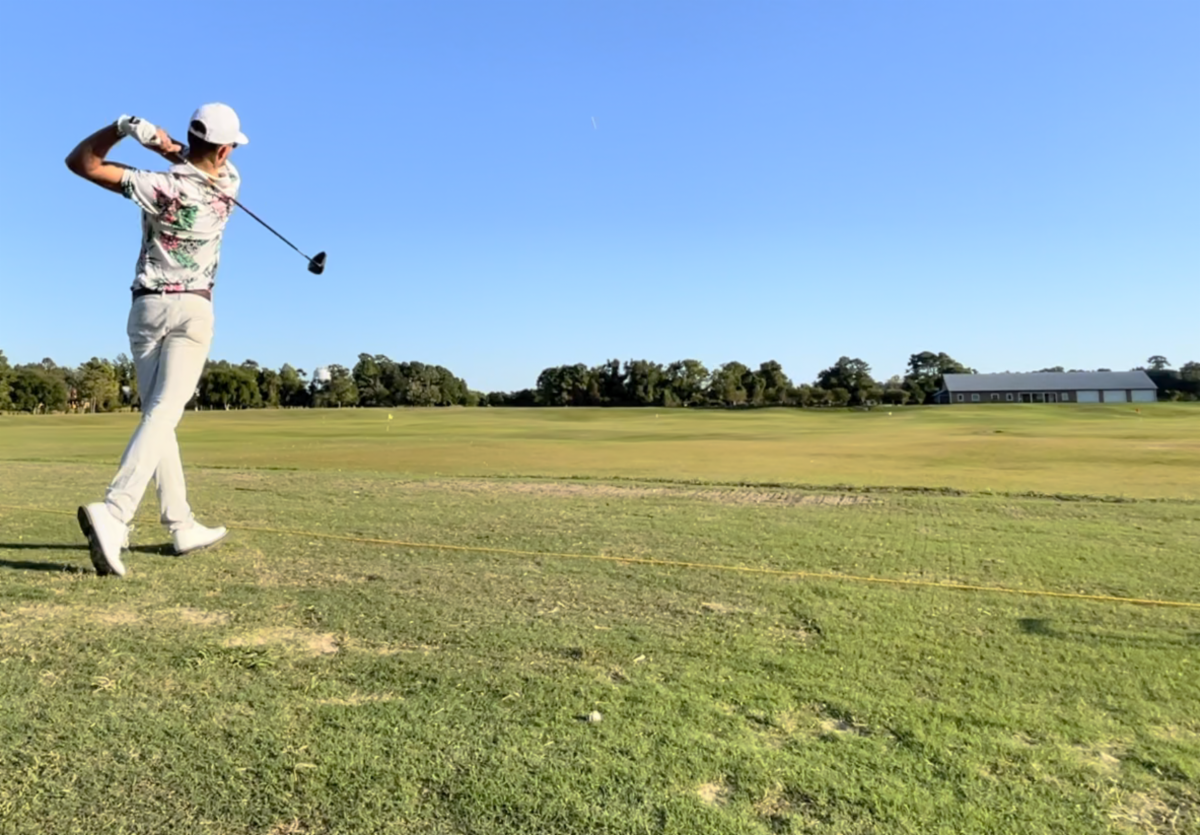 On Sunday, October 17th the Faldo Hurricane Series held a Junior Long Drive competition for all participants in the Grand Final. With perfect weather conditions of 75 degrees and sunny, the night turned out to be exciting and competitive, as juniors showed off their skills. Each player was able to hit three balls and the total carry was counted as their score.
‍
In the boys 16-18 division, Nate Jordi took home the first-place honors with a rocket of a drive at 321 yards. Luke Stennett wasn't too far behind with a 308.9 yard drive securing the first place honors for the boys 14-15 division. Charles Beeson out shot his competitors by 16 yards bringing home the title of the boys 11-13 division with a drive of 256.9 yards.

Bento Assis captured the boys U10 division and was a sight to see with a strong drive of 209.3 yards. In the girls 14-18 division, it was neck and neck between Emersyn Walker and Maddie Elias. Emersyn took home the first place title with a final drive of 252.7 yards. Closing out our divisions was Martha Kuwahara in the girls U13 division. Martha dominated her division by 10 yards finishing with a total of 225.2 yards. All 6 winners were awarded at the Grand Final dinner and were all gifted new Bag Boy Nitron push carts! Thank you to everyone who came out and participated in the junior long drive competition and congratulations to all our winners! 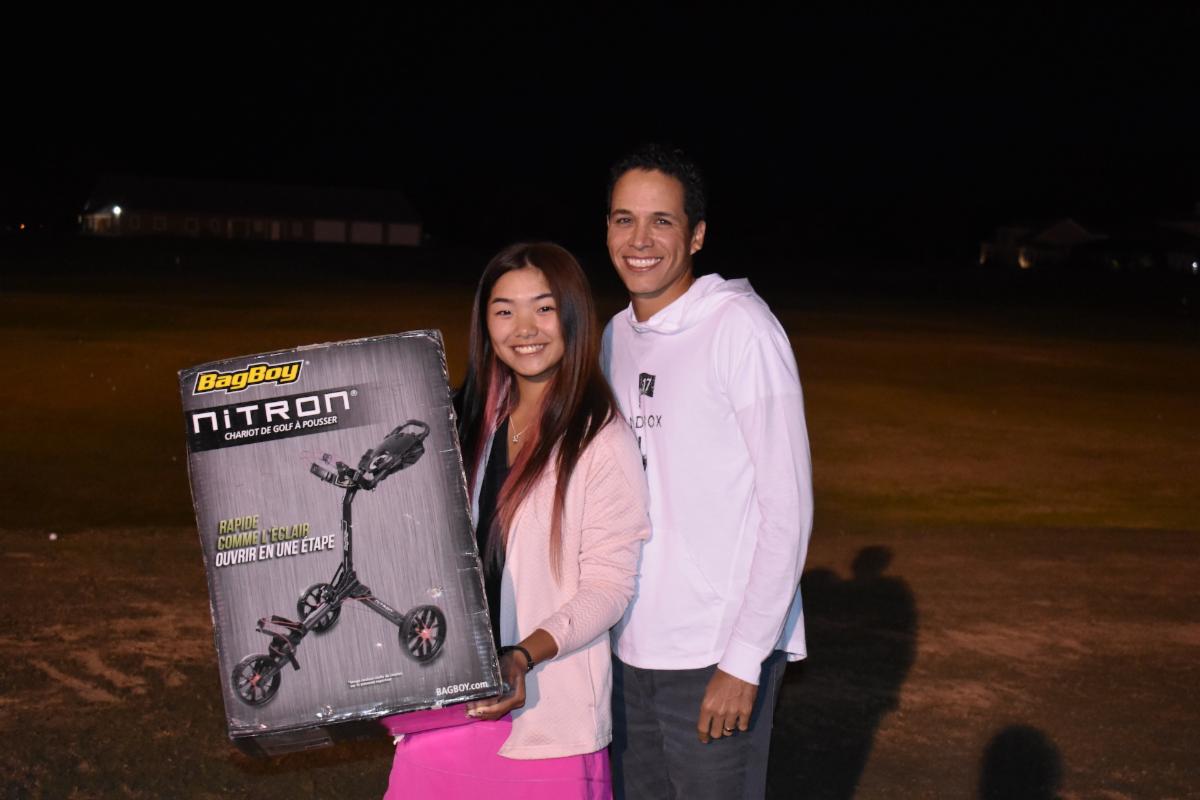 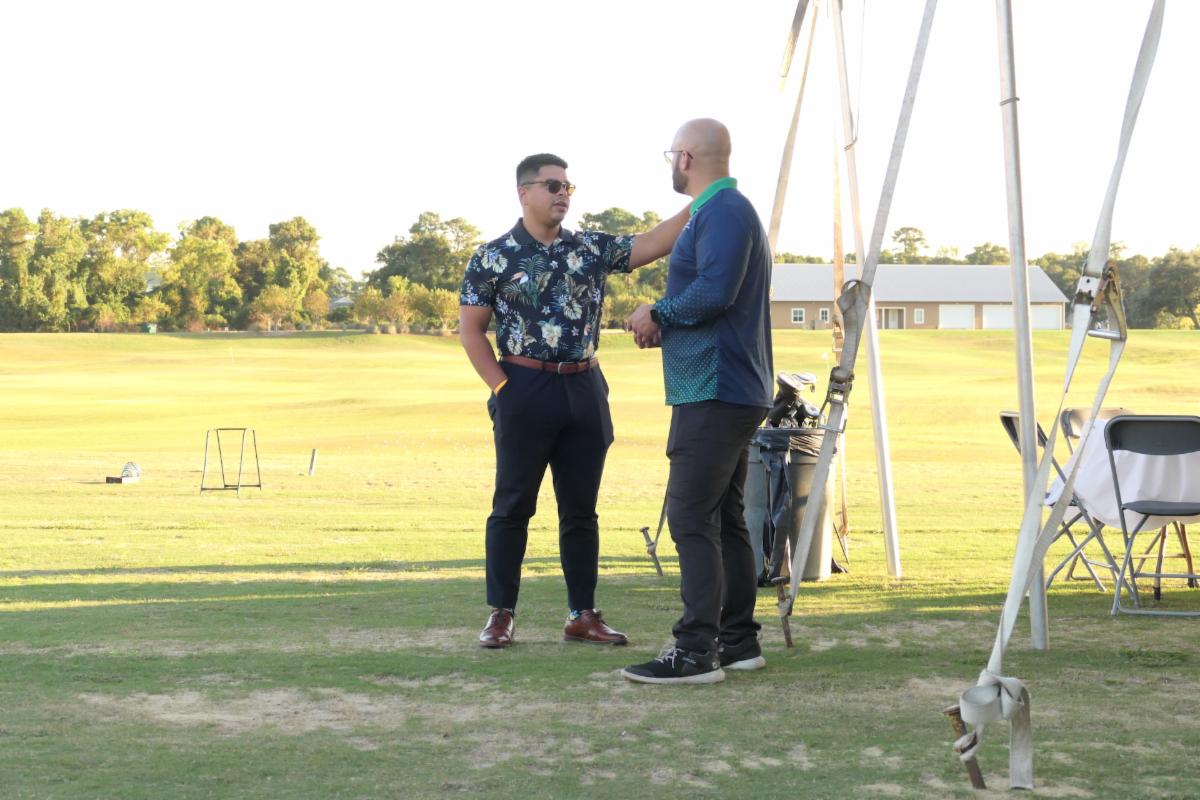 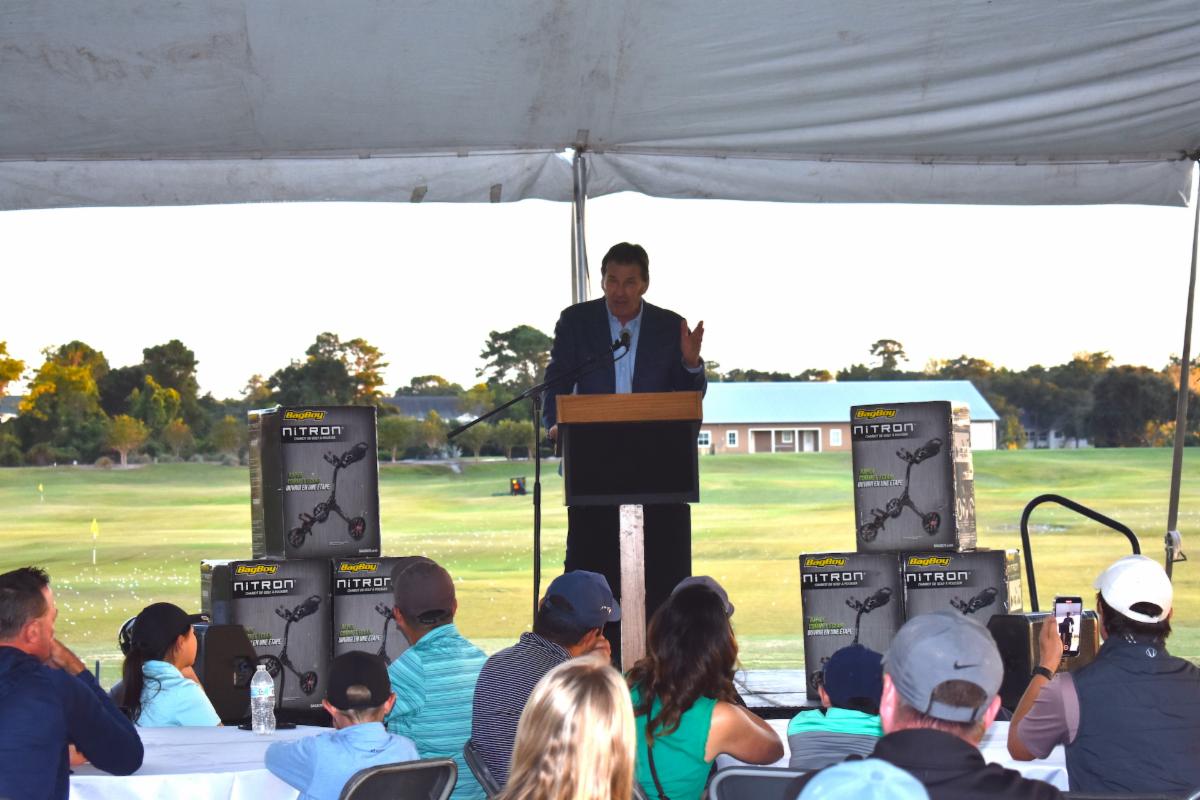 After the first round of the Grand Final, all players were invited to a dinner with Sir Nick Faldo and the Faldo Hurricane Series Team. Players and their guests gathered in the evening to enjoy a speech and a Q & A session with Sir Nick Faldo. The dinner started off with a phenomenal speech by Hector Ayala, the Faldo Hurricane Series Tournament Director. Hector recapped the entire series, thanked all players and families, and kept us all laughing throughout his speech. It was a great start to the night. Hector also took the opportunity to recognize and award all of the junior long drive winners with their new Bag Boy Nitron push carts. 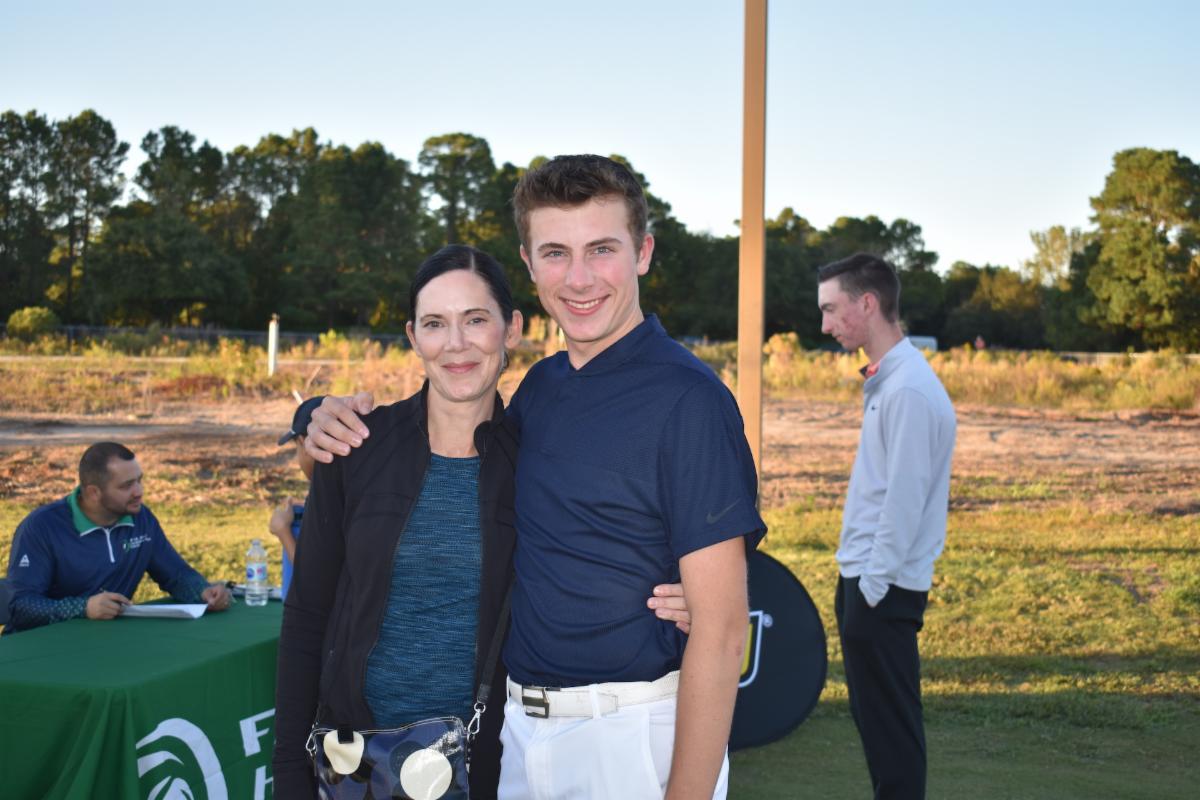 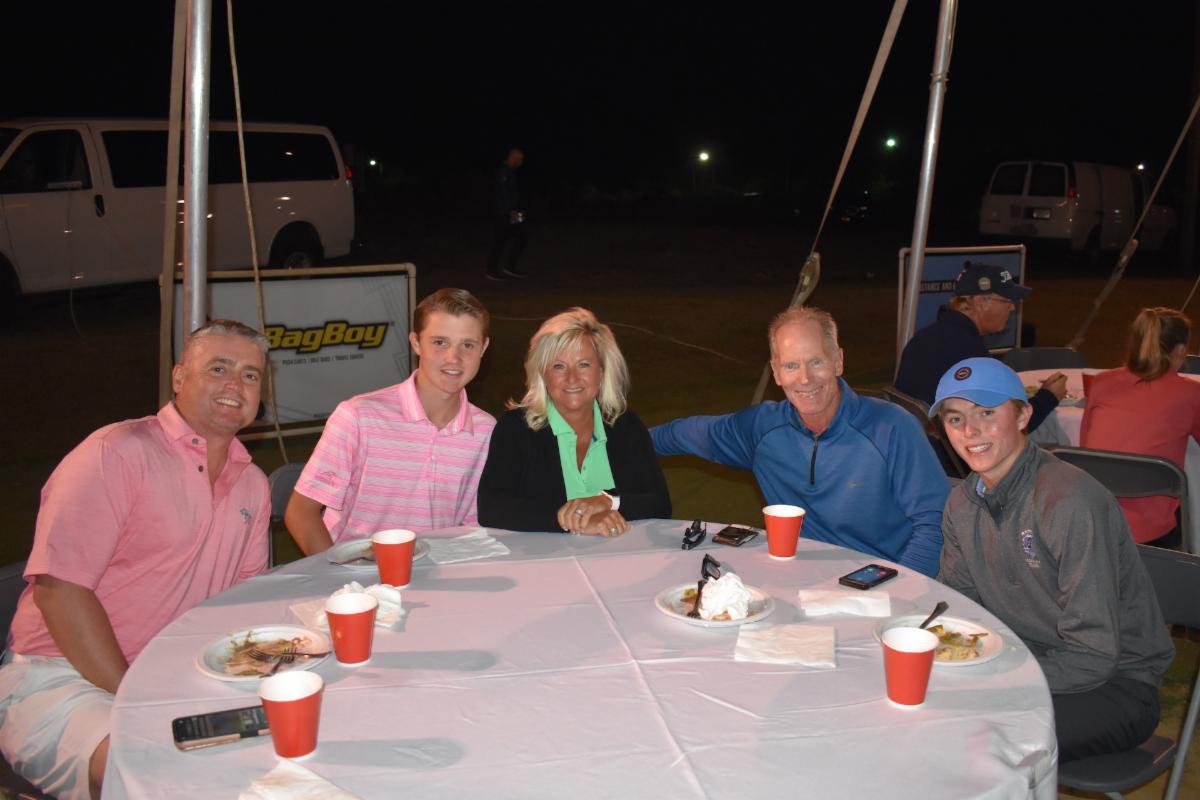 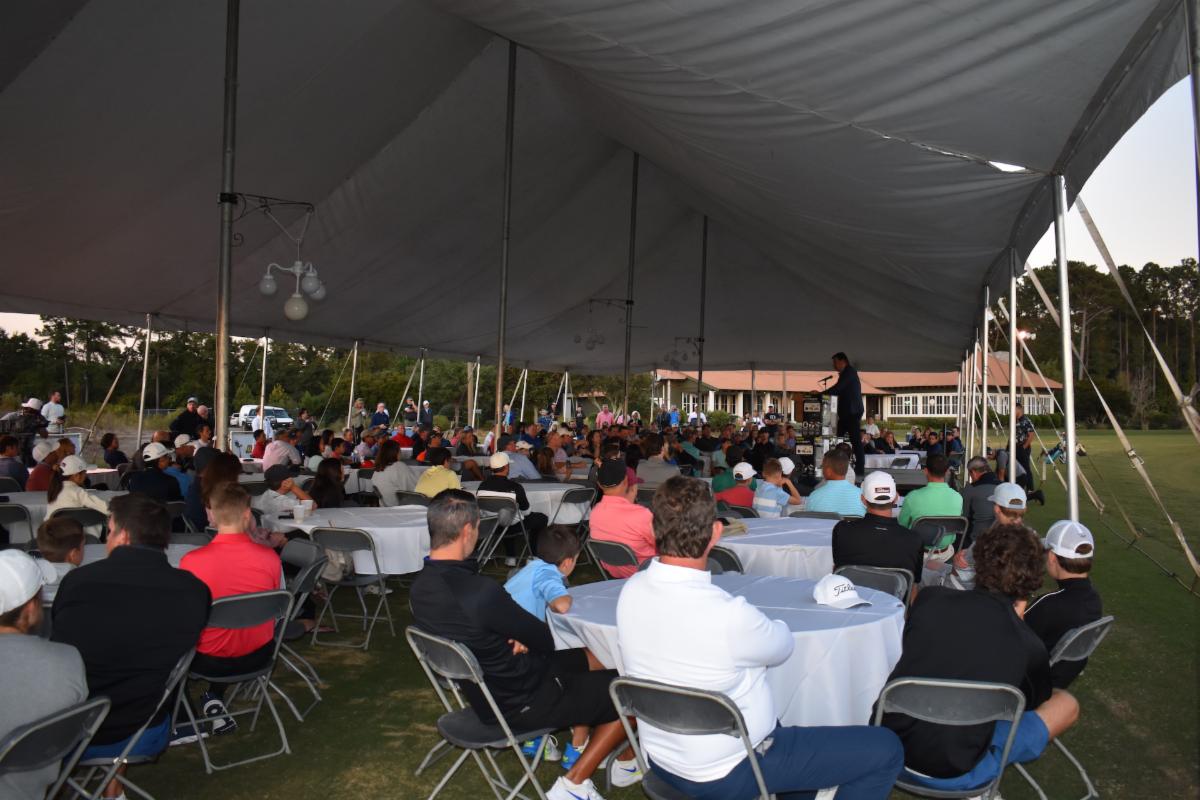 Sir Nick Faldo stole the night with a speech about his path to becoming a six time major champion. In his speech he talked about how knowledge is power, how to utilize your resources, and how important it is to practice. The biggest take away from the night is practice makes perfect and when you are practicing to use imagery. Play like your idol or someone you want to play like. It was with his dedication and passion of wanting to play like his idols that pushed him to greatness. After Sir Nick's speech he opened the floor to the junior golfers. All players were able to ask him questions about his path, about his golf strategies, and all tips and tricks he had on how to become a major champion. At the end of the night all players were able to meet Sir Nick Faldo and get memorabilia signed. The night was unforgettable and something our junior golfers will never forget. 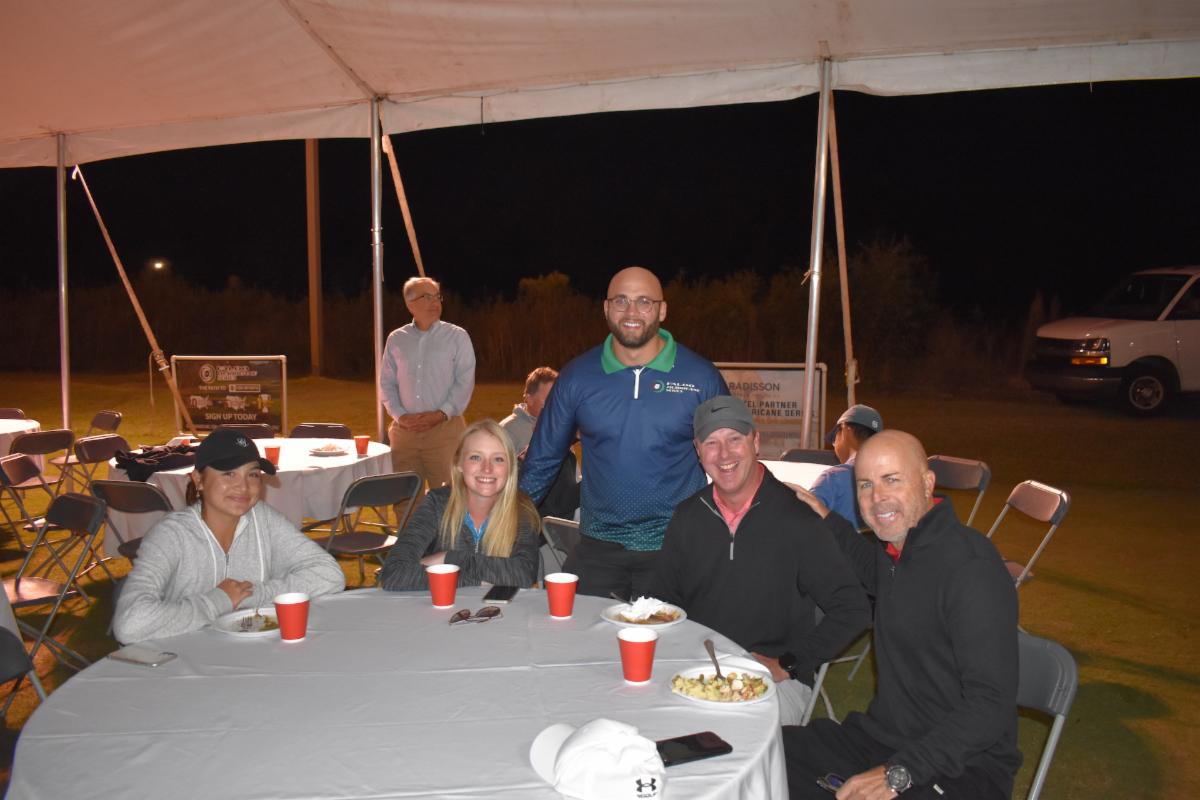 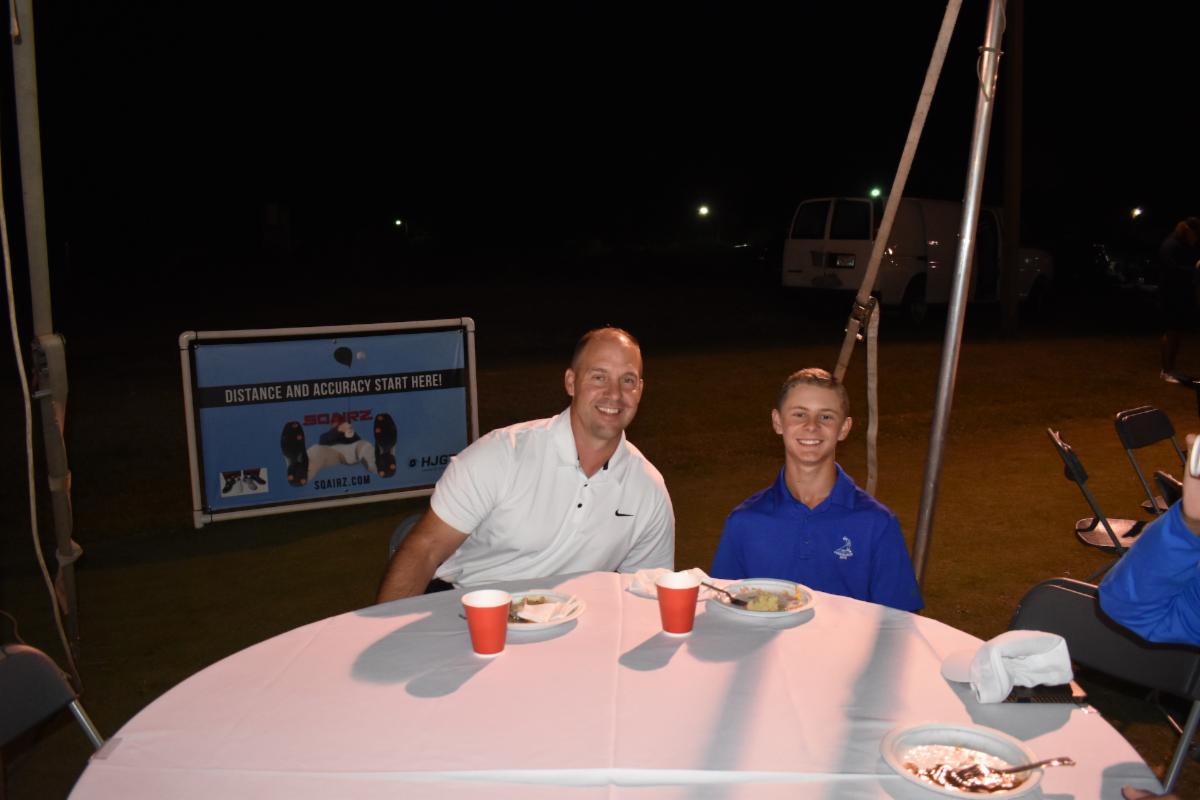 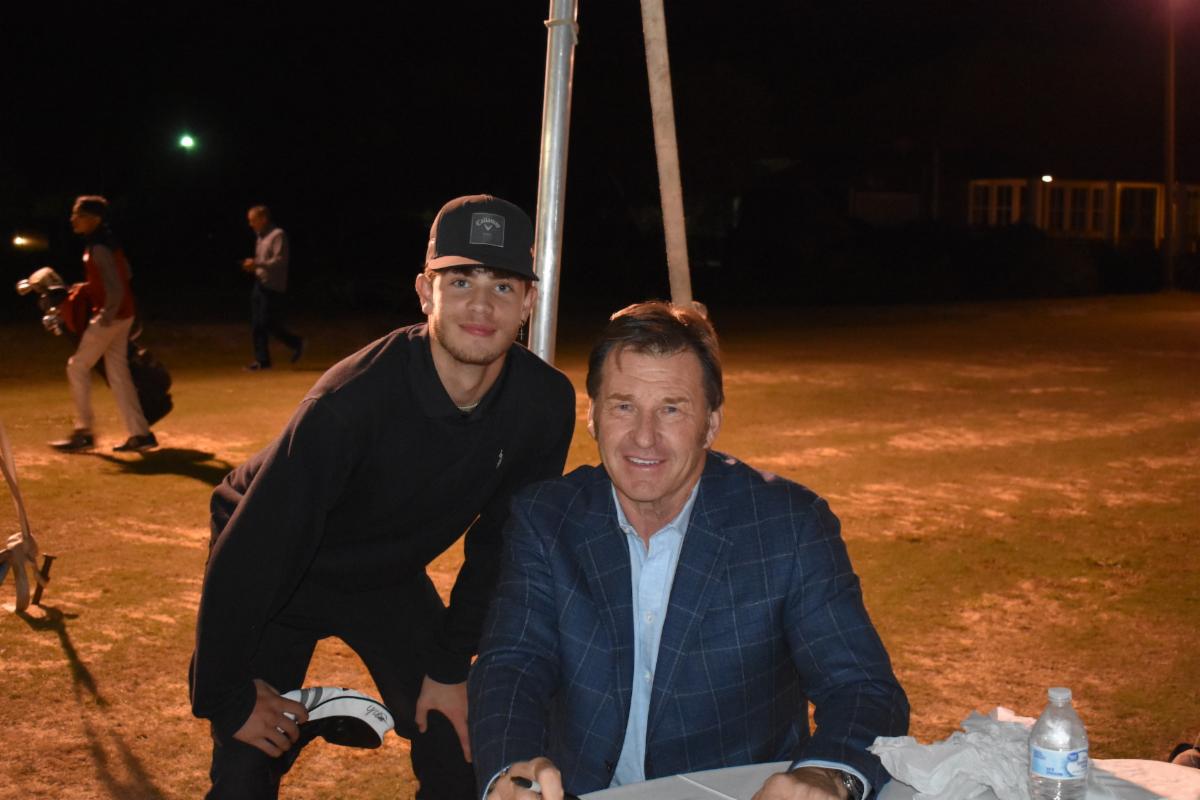 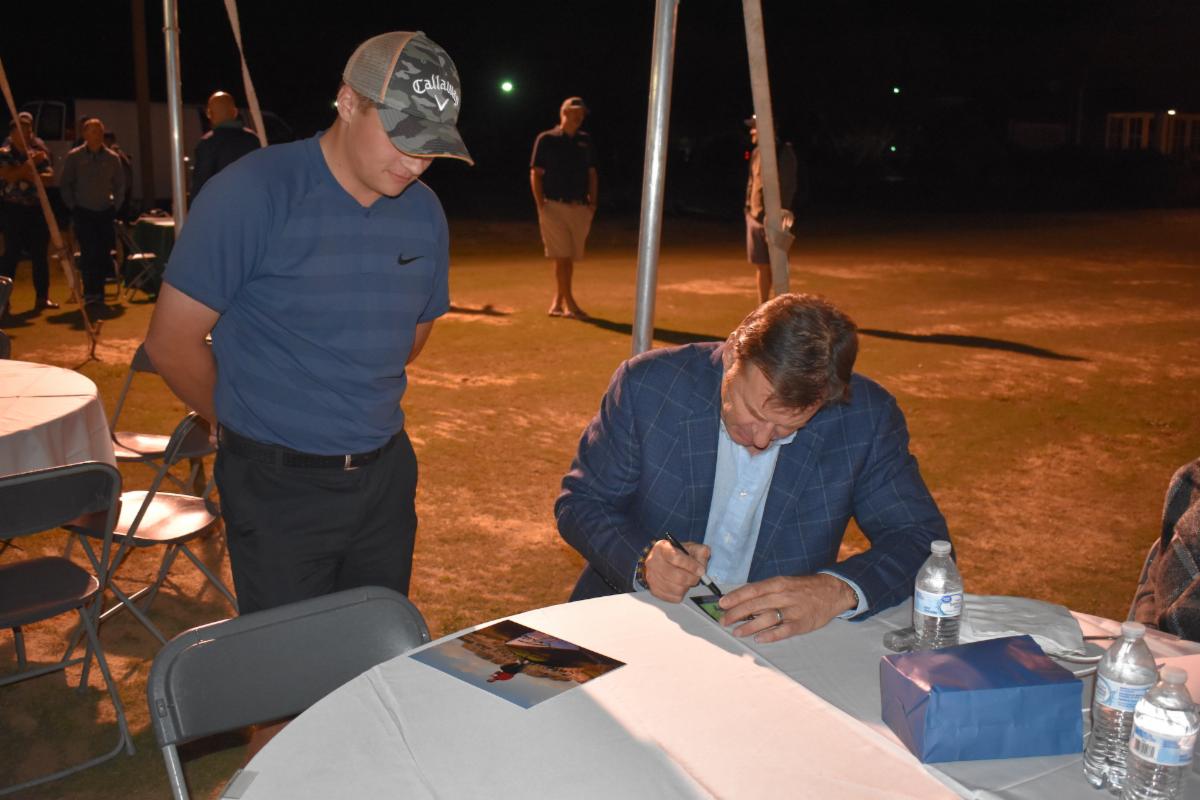 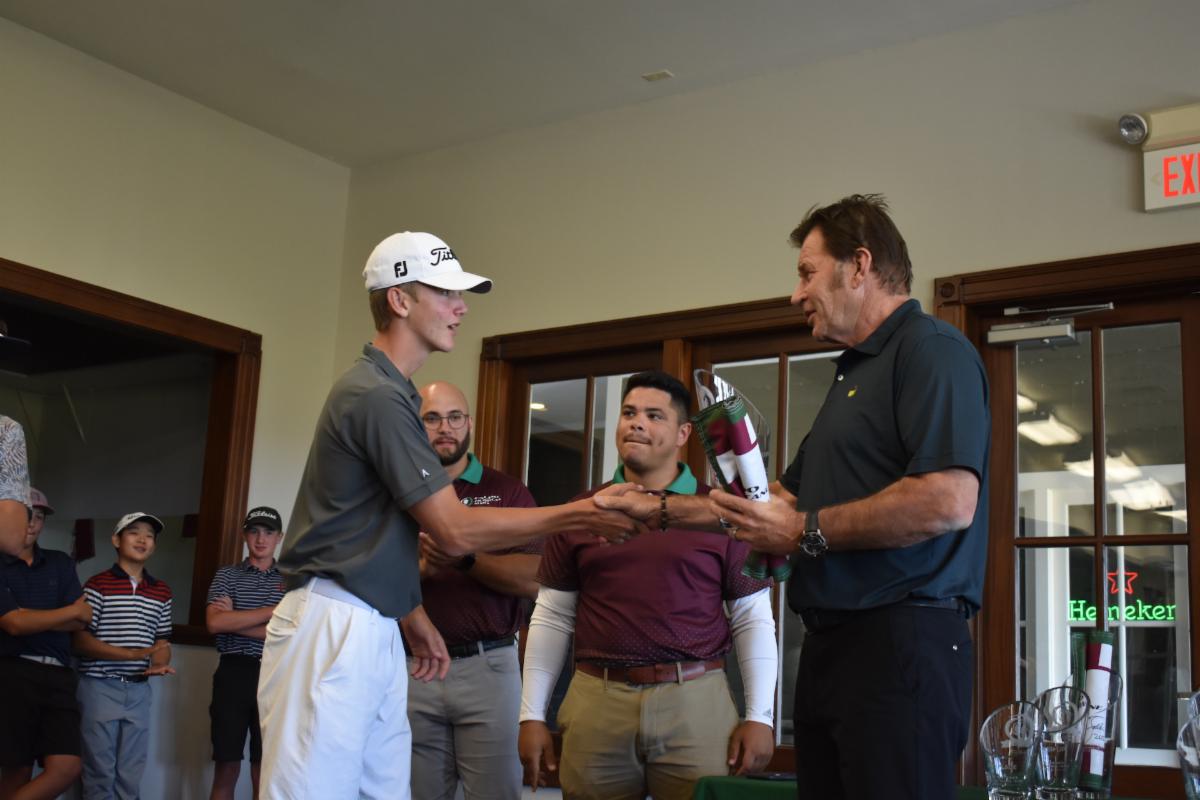 In the boys 16-18 division, there was a three way tie for first place after two round. Garret Ebbert, Cooper Tendick, and Rocco Zakutney all competed to take home the first place title with a sudden death playoff hole. Garret Ebbert form Lake Mary, FL dominated the playoff and birdied the hole to become the first-place finisher for the weekend. Ebbert finished the tournament with scores of 76 and 70 for a combined total of 146. Cooper Tendick from Kennesaw, GA and Rocco Zakutney from Paducah, KY tied for the runner up honors after a close finish. Tendick finished with scores of 73 and 73 for a total of 146. Zakutney brought in scores of 71 and 75 for a weekend total of 146. 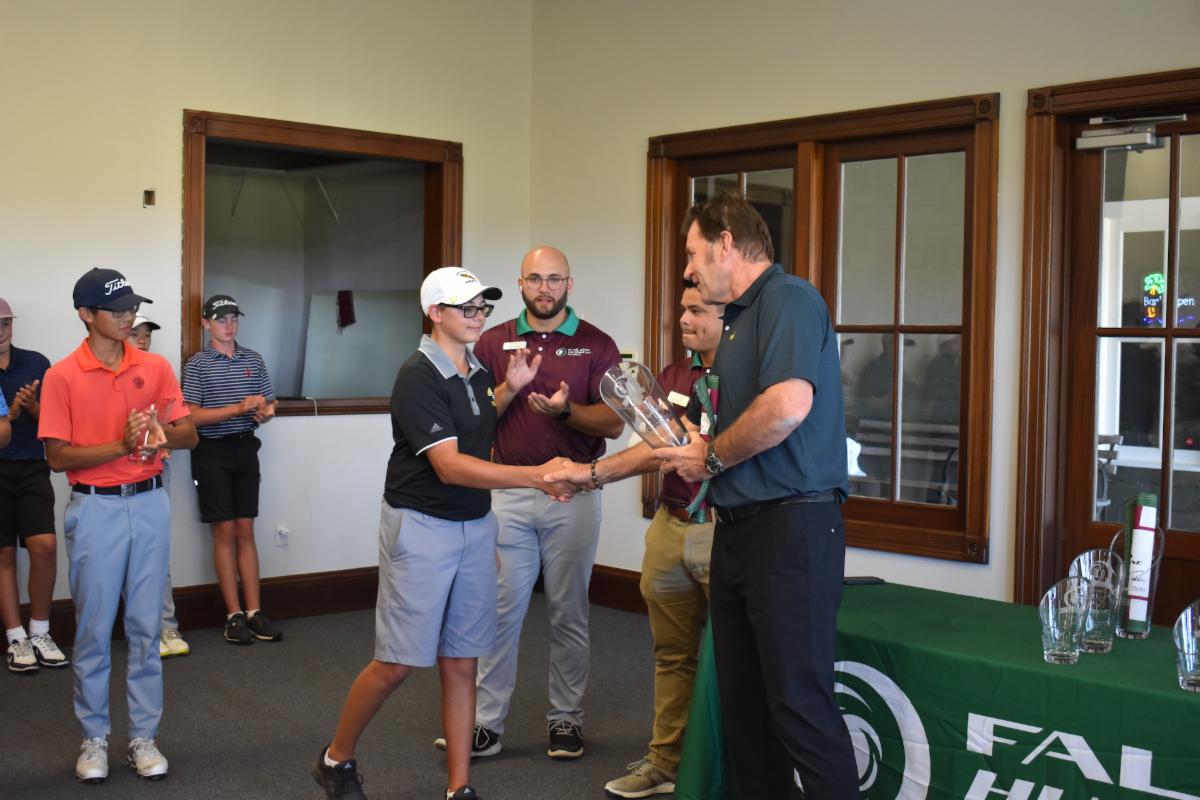 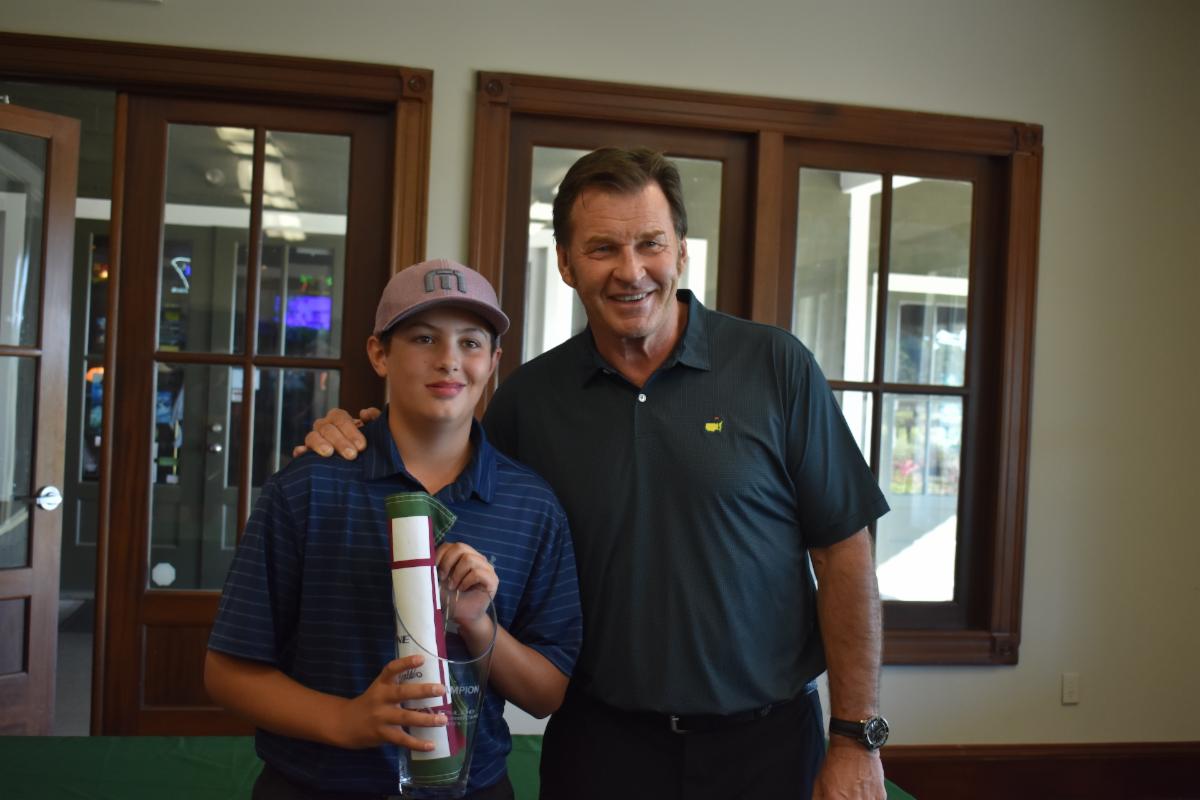 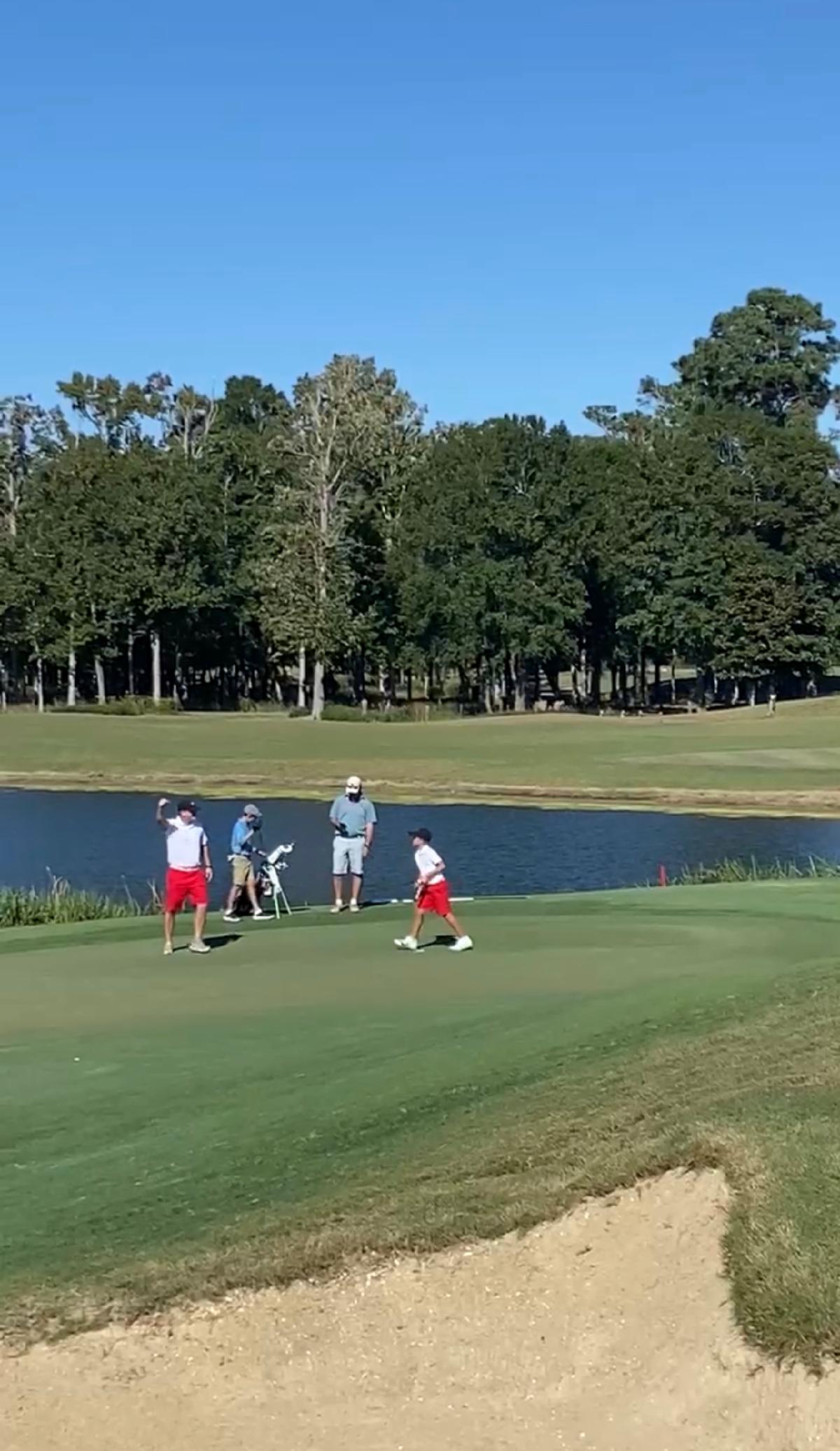 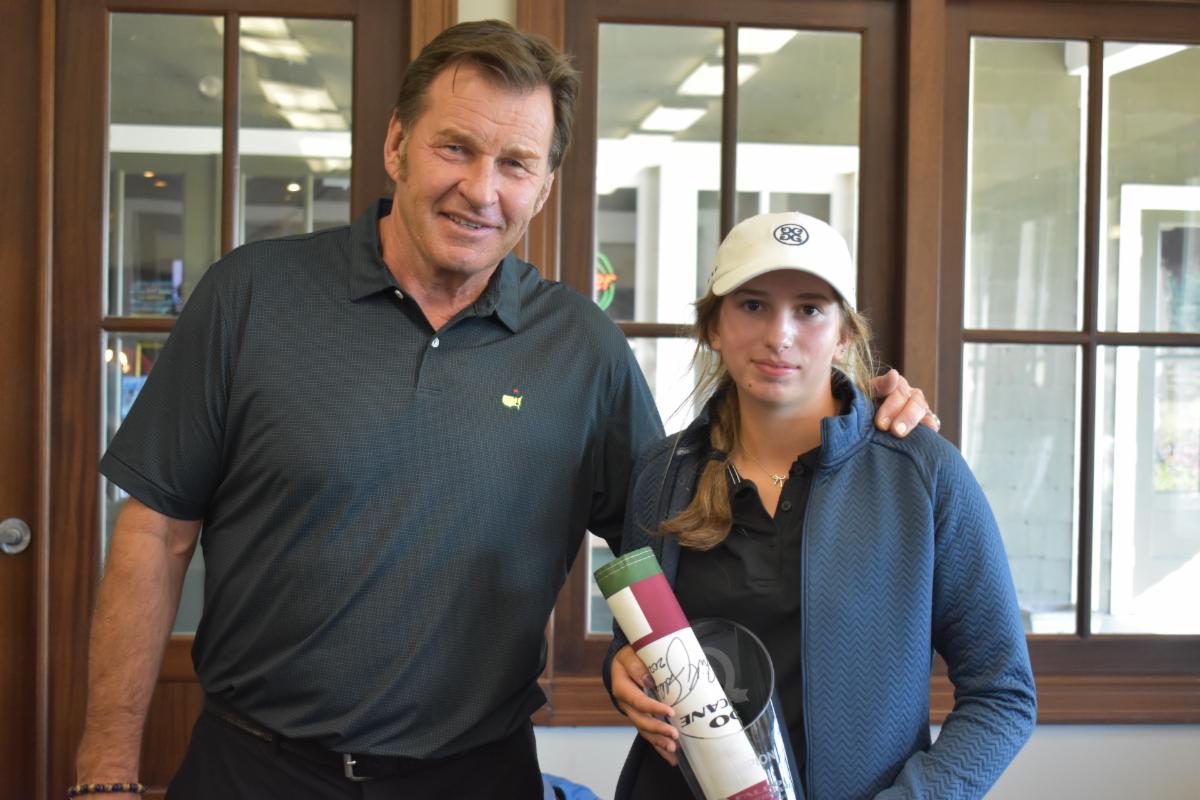